Table Hill played earlier today at the Radio Springs Hotel in Lyonville, Victoria, Australia.  There was a full-house!  All ages included.  I always appreciate the chance to play music, and sometimes sing, with a mountain dulcimer.  I like it when people like the music of Table Hill, of course.  Although, at times, I am surprised by kind comments when the music critic in my head is giving me grief.  That happened today, as I had some internal conflict about what I wanted to play and what I was actually playing.  Nevertheless, people seemed to and said that they did enjoy the music.

I only recorded two tunes today.  My recording reflexes were not working well.  So I gave up and tried to enjoy the music of the moment without capturing it for my blog.  As I am writing this entry, I am uploading the two tunes to share.  The first is Midnight Special, and I did not get to the record button fast enough....so the recording sounds like it has a rushed start.  I guess this recording indicates the actual timing of when I realized what we were about to play and when  I decided that I might want to put the recorder on.  To tell the truth, sometimes I have a hard time keeping up with the moment-to-moment happenings during a gig.  This is my confession.  I am capable of reading music, but Table Hill is not about all that, and I think that's OK.  It's that internal music critic I mentioned earlier who has trouble with no notation.......or set list......or rehearsals.

In that recording, I hear myself hesitating as I listen to how I tried to decide on what to play, when not to play, when to play a full strum, when to flat-pick, when to play a bit of melody, when to just keep the beat.....not trying to play on top of anyone else's place in the performance.......or maybe try to play in unison with Adrian and/or Phil.  It was all decided on the spot, while we played.....and most-likely decided differently than the last time we played that tune together.  In today's performance I had moments when I was swept away with the playing and moments when I cringed and kept chording.....hoping that my cringe was not captured on a camera.

Same as above goes for this song.....I enjoyed the bits I got right and cringed and kept chording the parts I could figure out.

However the music is made, I consider that I am very blessed to have friends who let me keep coming back to make more of it.  And after all the music-making.....Adrian, Phil, and I were served delicious steaks with mushroom sauce. MMMMMmmmmmMMMMMmmmmmm!  So saucy and good.  With music, friends, and food.....Yes! I am blessed.

Here's a pic of what we looked like on the chalkboard today! 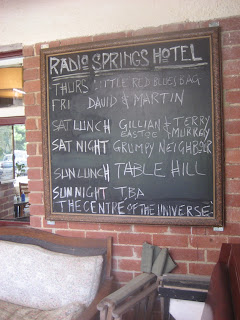 And here's a picture of the poster that was outside announcing the New Year's Eve party that includes the music of Table Hill.  This, of course, gave me a thrill. 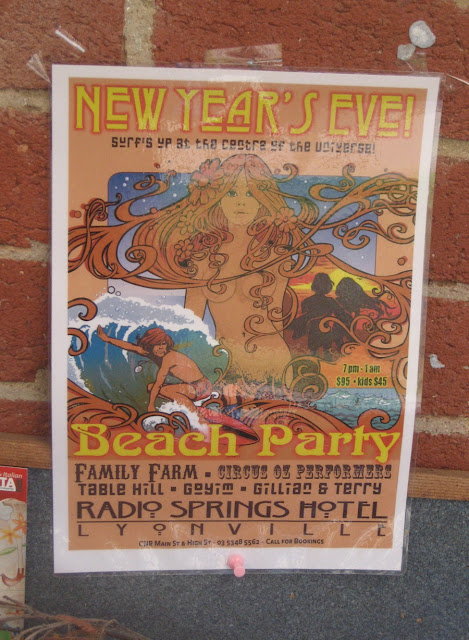 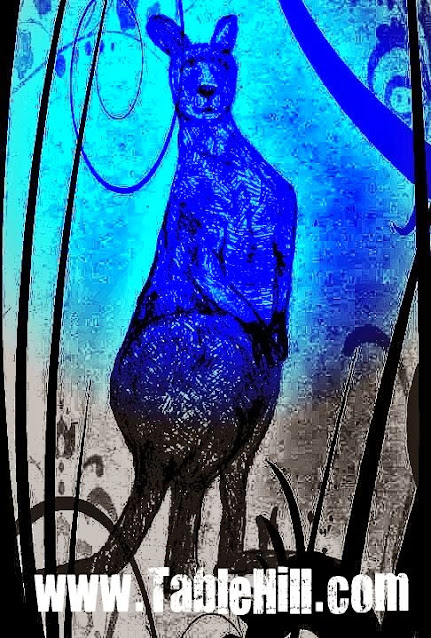 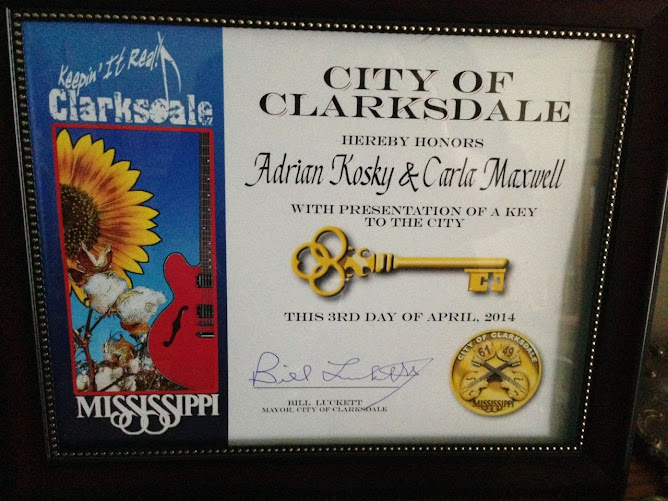